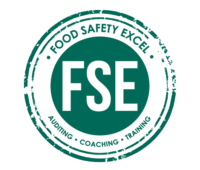 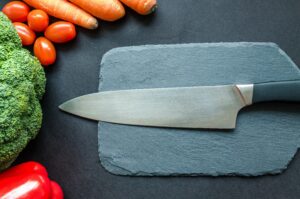 Thesis presented in partial fulfilment of the requirements for the degree of Master of Science in Food and Nutrition Security In the Department of Food Science, Faculty of AgriSciences at  Stellenbosch University.

Food safety remains a challenge for any organisation involved in the food supply chain. Following the 2017 to 2018 listeriosis outbreak in South Africa, the topic of food safety culture attracted much attention. As a result, food safety culture has been increasingly recognised in the past few years by the food industry as an important contributory factor to food safety performance.  Standard methods to improve food safety performance have proven to be beneficial, such as testing, auditing and implementing food safety systems. However, they do not eliminate all food safety risks, especially risks related to human factors. Food safety studies are integrating human factors such as attitudes and beliefs, as well as the role of leadership commitment, to analyse the type of culture within a company and how to strengthen it to prevent foodborne disease outbreaks. Employee bad behaviour, unwillingness to follow food safety procedures or set values and lack of leadership commitment are considered signs of an unhealthy food safety culture.

The survey’s results revealed that all aspects of food safety culture received above-average ratings, with strongly agree (1) and sometimes (2) being the most common responses to most of the questions. Most participants were aware of the concept of safety culture. They felt that it was essential to assess an organisations culture to achieve the objectives of producing safe food. While showing evidence of a healthy food safety culture, the results identified a lack of food safety leadership and commitment, inconsistency in food handling practices, and food safety communication. Of the five aspects, People came fourth in the scoring (60%). Some employees, especially in organisation A (23 %) and C (24 %), agreed that they did not have managers to coach them, which indicated a lack of leadership commitment. The majority of respondents sometimes felt that there was not enough staff working on a shift to get all the work done. The results showed that the employees were not working successfully as a team or felt pressured with work. Process was the lowest scoring (57 %) compared to the other four aspects of food safety culture in all four organisations. The majority of employees polled level 2 (sometimes) for the statement: “The departments work well together”. When referring to the dimension of Process, it was evident that there was a lack of co-ordination. Most employees, especially in organisation A (53 %) and D (46 %), sometimes felt that the equipment and the facilities needed to produce products were in a good condition. The aspect of Product came slightly lower than Premises and Purpose in the scoring (64 %). The majority of organisation A (80%) strongly disagreed that they never took shortcuts to meet production targets. Of the five aspects, Purpose received the highest total score (68 %). However, of the total 739 employees that participated in the survey, 27% of employees strongly agreed, and 39 % sometimes agreed that senior management did not visit the factory regularly and talk to the employees. There was no significant area of concern on all statements regarding Premises. Furthermore, the results showed no direct relationship between the type of product manufactured and food safety culture. However, there is evidence that the organisation’s size affects food safety culture, especially on food handling practices and leadership commitment.